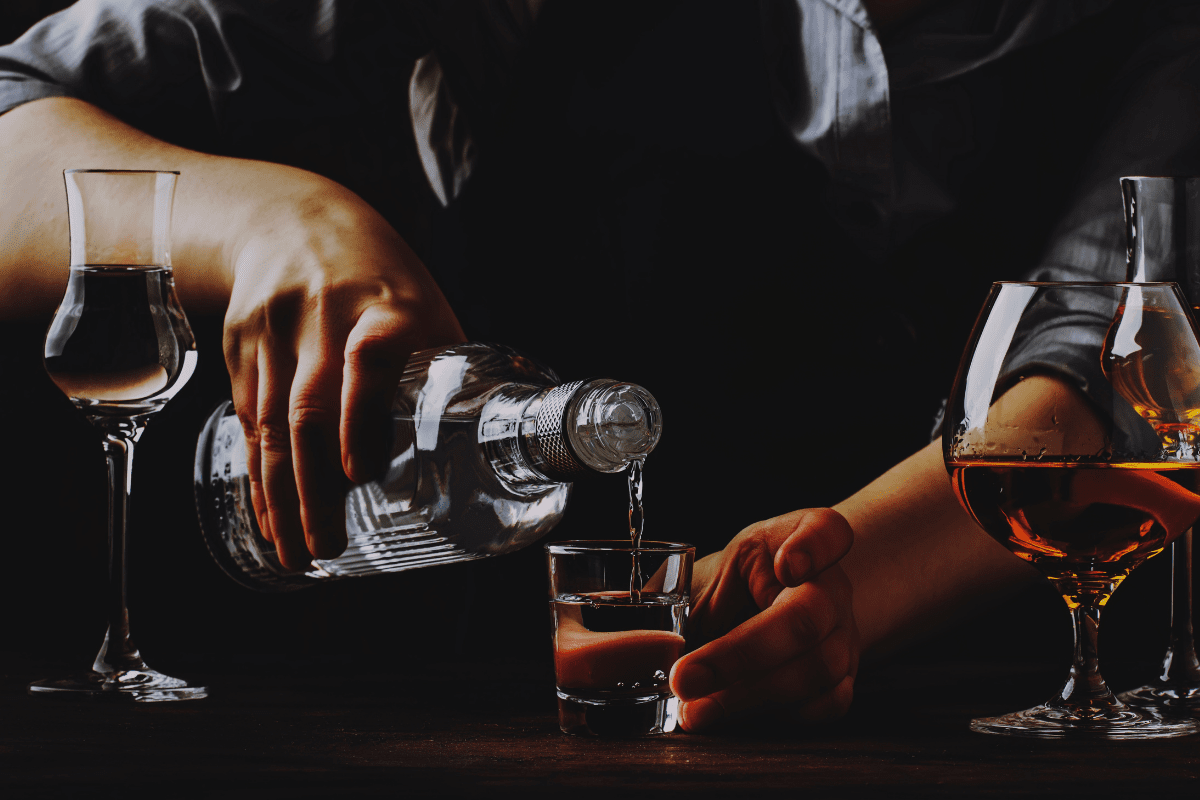 Getting a taste of Smoky Mountain moonshine for yourself is a fantastic way to celebrate a visit to the Smokies.

Tennessee is known for its moonshine history, particularly in the Great Smoky Mountains region. This history is somewhat shady and mysterious, which is why so many people are attracted to drinking this spirit.

Specifically, you can go to moonshine tasting Gatlinburg distilleries and others in the region. Keep reading to learn the history of moonshine in the Great Smoky Mountains, how this spirit is made, and the best places where you can taste moonshine and tour distilling facilities.

A few great moonshine tasting Gatlinburg distilleries can teach you about the colorful lore and process behind their spirits. You can’t go wrong by stopping at one of them … or all of them!

Possibly the most widely known of the Gatlinburg moonshine distilleries, Ole Smoky Moonshine Distillery was established in 2010.

As the first federally licensed distillery in East Tennessee, it showcases the art of distilling authentic moonshine. The Ole Smoky Mountain moonshine distillery’s recipes and processes are passed-down secrets and traditions.

Moonshine Distillery Tours Near Me

If you’re looking for a “moonshine distillery near me” to tour when visiting the Smoky Mountains, don’t miss The Holler.

The Holler in Gatlinburg is Ole Smoky’s main production and touring facility. You can get a behind-the-scenes look at everything on a guided tour and enjoy a 13-sample tasting of excellent moonshine and whiskey.

If you don’t have time for a tour, you can stop in for samples of up to seven flavors of this Gatlinburg moonshine — such as apple pie, lemon drop, peach, and strawberry.

Ole Smoky has a few other locations as well. The Ole Smoky Whiskey Barrelhouse is in Gatlinburg, the Ole Smoky Barn is in Pigeon Forge, and 6th & Peabody is in Nashville. All of them offer moonshine samples.

Another popular moonshine tasting Gatlinburg distillery is Sugarlands Distilling Co., which is proud to be locally owned and community-minded.

The distillery opened downtown in 2014 and offers free guided tours of its facility to give you a look at what happens behind the scenes of moonshine production. Other tour and workshop options include the Blended Cocktail Tour, Meet the Distiller Workshop, and Distiller for the Day Workshop.

The Sugarlands distillery is open nearly every day, and you get to sample the award-winning spirits before you leave.

Moonshine tastings are led by an expert, and you’ll receive tasting notes and cocktail ideas. With every $5 tasting, you get a $5 voucher to redeem with an in-store purchase.

The Tennessee moonshine company store sells Sugarlands spirits, apparel, and mountain merchandise. On the Back Porch pavilion, it hosts evening concerts from time to time.

With a location in Gatlinburg, the Tennessee Shine Co. focuses on bottling the best moonshine rather than the most moonshine.

This small-batch distilling company uses family recipes that have been passed down for generations. It makes a variety of unique flavors — Big Orange Dreamsicle, Nanner Puddin’, Choco Moo Shine, Blue Houdini, Pina Colada, and many more.

While you’re getting a taste of these flavorful spirits, you can enjoy a friendly, down-home atmosphere.

On top of that, the TN Shine Co. makes whiskey and wine. The distillery has several other locations as well — Pigeon Forge, Wear Valley, and Sevierville.

At the Sevierville location, you can join a moonshine tour that covers the history of this spirit and its connection to NASCAR. You’ll learn how the spirits are made and sample them too.

The Great Smoky Mountains has more than just the three Gatlinburg moonshine distilleries. Many others are spread around the region, and we’ve highlighted a few that we think you should visit for tastings.

In Pigeon Forge, Old Forge Distillery makes award-winning craft spirits. The quality grains that it uses come from The Old Mill, one of the oldest continuously operating gristmills in the United States.

The moonshine Pigeon Forge distillery stone grinds the grains like the generations before. In addition to mason jars of moonshine, it makes bourbon whiskey, cream liqueurs, gin, rum, vodka, moonshine cherries, and more.

You can even go to the Pigeon Forge distillery cocktail bar for a taste of seasonal and signature cocktails crafted by mixologists.

More than just a shop for moonshine, Tennessee Legend Distillery was established in 2015. It has two locations in Sevierville — one on Newport Hwy and another on Winfield Dunn Pkwy.

Both of them allow you to taste the award-winning White Lightning Moonshine and Salted Caramel whiskey. The distillery makes cream liqueur and other straight spirits too.

There’s a myth that bootleggers created a secret society that tracked down the best moonshine, distillation methods, and recipes. Over the generations, these components were refined, and Bootleggers Distillery in Hartford brings these secrets to the masses.

You can go for a moonshine tour and tasting any day of the week. If you want to make your own whiskey, the Build a Barrel program lets you do that with assistance from the distilling team.

The still house is located in a small green building on family-owned land. JB’s 103 is its signature spirit, which is 103 proof clear corn liquor.

During tours and tastings, you could meet JB Rader, the legendary namesake of the signature moonshine.

Did you know that moonshine has been around for centuries? It originated in Ireland and Scotland, where distilling and drinking whiskey were traditions. When immigrants from those Celtic countries arrived in the Appalachian Mountains, they used corn to make whiskey.

Decades later, the federal government passed a whiskey tax of $2 per gallon, which was a 20-cent increase that many people in the mountains simply couldn’t afford. As a result, they stopped paying the tax and continued to distill the whiskey.

They became known as “moonshiners,” a word that’s derived from the fact that they secretly made illegal whiskey in the mountains at night. That’s when this particular type of whiskey earned the name moonshine.

In the Great Smoky Mountains, moonshine distillation became a vital source of extra revenue for many farmers. Transforming the surplus corn into whiskey made it more viable and easier to move, trade, and sell. The money that they made helped them pay bills, start new businesses, and provide for their families.

A favorite distilling spot on the Tennessee side of the Smokies was the Forbidden Caverns because it was a remote location with a reliable water supply. You can see an old moonshine still while touring the caverns, which are in Sevierville less than one hour from Gatlinburg.

One infamous moonshiner was Lewis Redmond, a North Carolina native who became a legend after killing a deputy while trying to avoid arrest in 1876.

He evaded the law and shared his moonshine profits with area residents until he was arrested in 1881. Eventually, he was pardoned and worked in a South Carolina government-operated distillery.

However, the most famous moonshiner of recent history was Marvin Sutton, nicknamed Popcorn. His popularity grew after he appeared in various documentaries and released an autobiography — “Me and My Likker.”

In 2007, the federal government busted him, but he passed away before serving the sentence.

Rumor: In the 1920s, mob boss Al Capone is believed to have hidden his illicit spirits in the Great Smoky Mountains before moving them to Chicago.

It wasn’t until 2009 that Tennessee passed a state law that allowed moonshine distilleries to open in Gatlinburg and across the state, making it legal to make moonshine in Tennessee.

Ole Smoky Moonshine Distillery was the first in Gatlinburg. Since then, many wonderful moonshine Tennessee distilleries have popped up in the greater area, and tours have become popular.

The Process of Making Gatlinburg Moonshine

Traditionally, the term “moonshining” refers to making or smuggling illegal spirits under moonlight or at night. Now that it’s legal to make moonshine, Gatlinburg distilleries don’t have to operate in secret. Every distillery might use its own ingredients and processes, but the basics are nearly the same.

Fermentation is the first process, which involves using yeast to convert sugar into acids, alcohol, and gases. The resulting mixture is called the mash.

The second part of the moonshine making process is distillation, the fundamental steps for which include:

Initially, moonshine comes out of these processes as a clear liquid, which is when the flavor and alcohol are most potent.

The color changes after it ages for several months or years in charred oak barrels. In a lot of cases, distilleries add fruits — apples, cherries, peaches, strawberries — and other ingredients to produce a range of flavors of moonshine, which also change the color. 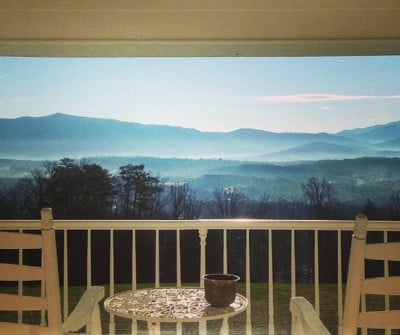 What would make a great impression on your love for Valentine’s Day?  Think about spending time in an incomparably scenic place like the Smoky…

Whether you’re celebrating a special occasion or just getting away for a few days, the Great Smoky Mountains have a variety of fun activities… 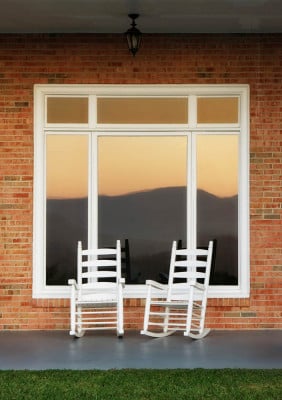 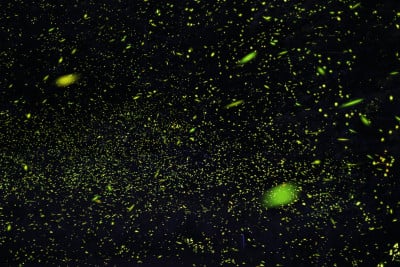 As one of 19 firefly species that’s only found in the Smoky Mountains, the synchronous firefly certainly gets a lot of attention for a… 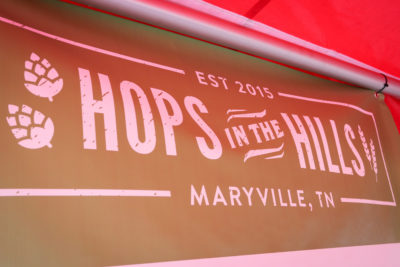 Summer in the Smoky Mountains is undoubtedly the most popular time to visit, and with good reason. The warmer weather encourages a wide-ranging variety… 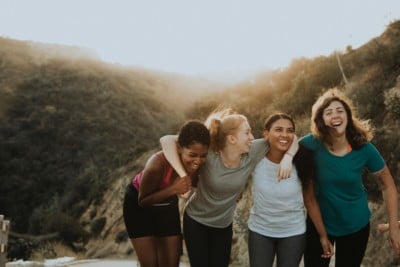 Are you bringing a group to the Smoky Mountains? There is nothing better than a Smoky Mountain group vacation, and staying at a luxury… 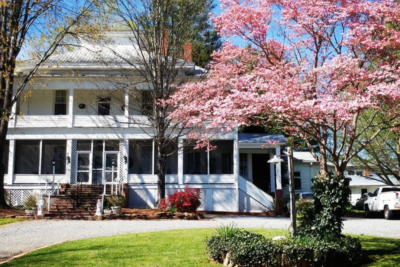 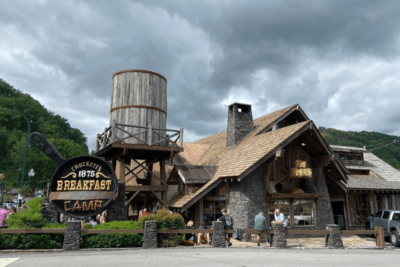 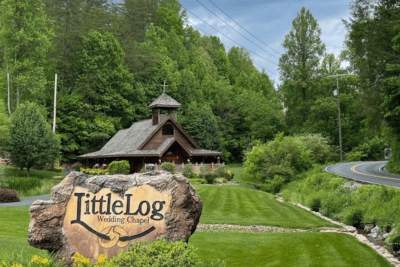 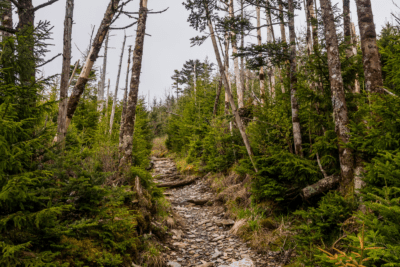